Hazel was of the McCloskey family that owned and operated the McCloskey's General Store from the early 19th century.

McCloskey General Store, located here in Boiestown, is one with a rich history which dates back to 1819 when Patrick McCloskey, a 13 year old boy emigrated here from Ireland. The store began as a red chest (wonogan) filled with necessities to help those in Dalhousie, Campbellton and Belledune recovering from the Great Miramichi Fire in 1825. Through five generations of McCloskey’s, the store grew to be a local shop in the center of Boiestown, which sold everything from sewing needles to coffins. Today the store is owned by Belinda and Bill Wade and still offers a unique shopping experience. [Webster,Jackie. “McCloskeys in Boiestown – Patrick’s legacy carries on.” Shamrock Leaf, June 2013.] 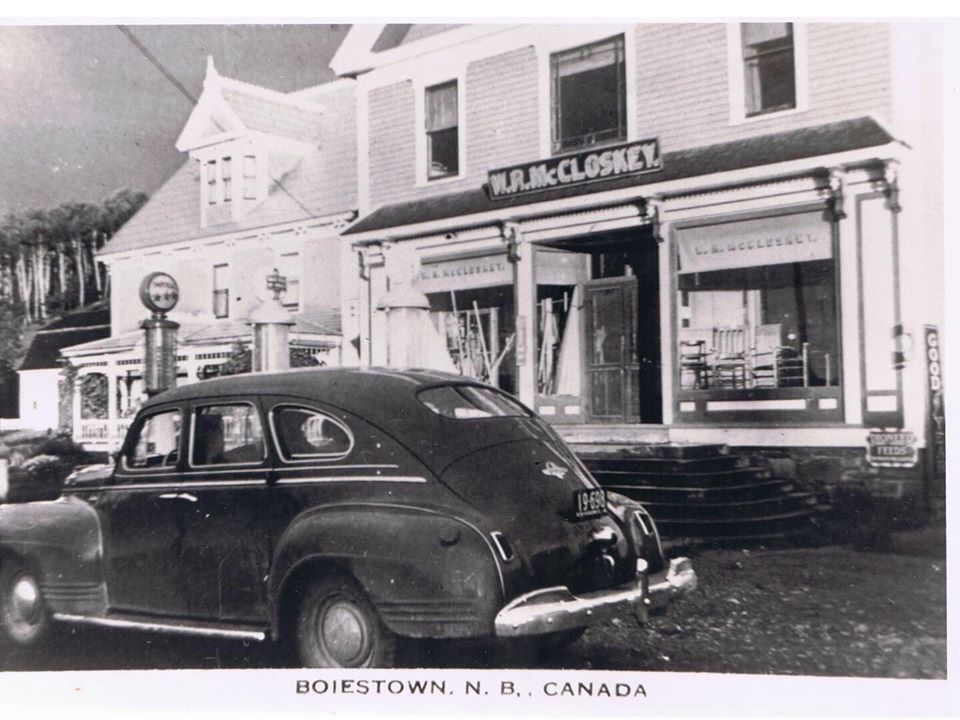